We are frequently asked about the levels of credit union merger activity.  This is an update to our “Credit Union Mergers” posting from March of last year.  The update includes data through the end of 2018.  In this post, you will find industrywide information about the:

In addition, we have also included insights from our own merger valuation work including the:

If you are interested in more detail for a specific topic, please let us know.

The graph below shows the number of mergers decreased over the most recent three years. 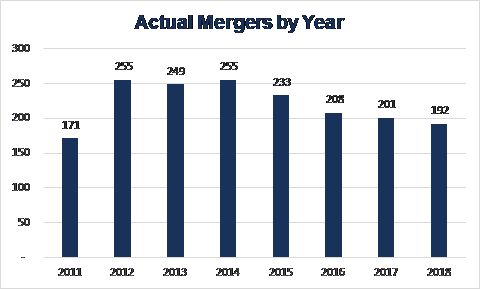 The following graph shows merger activity for the top ten states. Pennsylvania, California, and Illinois led the way with more than 100 mergers taking place in each state from 2011 to 2018.

Not surprisingly, many states that have experienced the largest number of mergers also have the highest count of credit unions. Both Texas and Pennsylvania had over 500 credit unions as of 2011 but had 455 and 367, respectively, as of December 31, 2018. 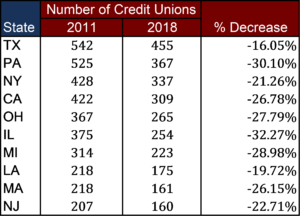 Based on data compiled from S&P Global

Since 2011, approximately 71% of all credit union mergers consisted of a much larger credit union acquiring an institution equal to less than 10% of the acquirer’s total assets. Notably, only 5% of mergers were classified as a “merger of equals” over this same time-period. We attribute this pattern to the consolidation of small institutions following the financial crisis and to increased operating costs seen today. 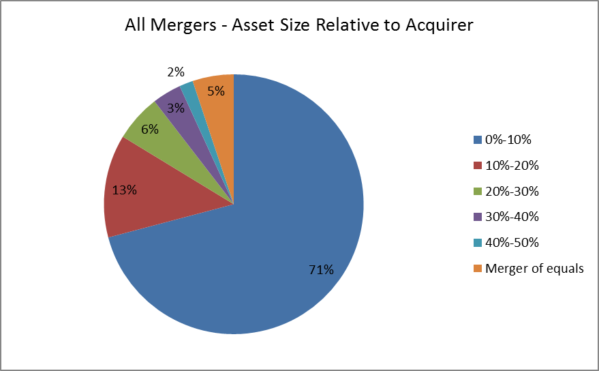 The following chart tracks the reasons that credit unions have chosen to merge since 2011, as reported to the NCUA from the acquired institution’s perspective. The largest reason reported over this time-period was “Expanded Services”. In addition, 15% of credit unions reported “Poor Financial Condition” as a reason to merge. 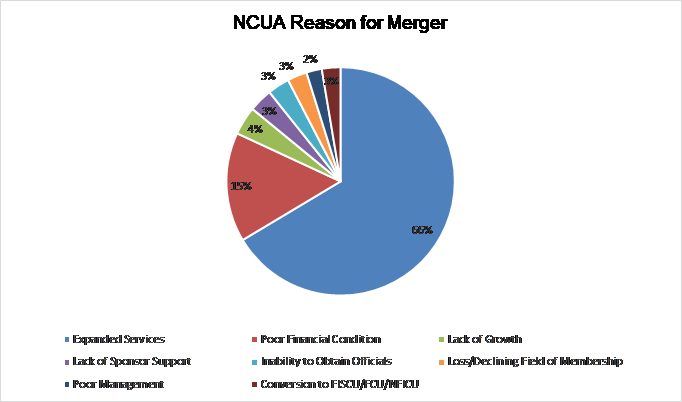 The following chart shows the primary reason our clients elected to pursue a merger, as reported to Wilary Winn from the acquiring institution’s perspective. The most common reason reported was to “Drive economies of scale”, whereas the least common reason was to “Obtain expertise”. 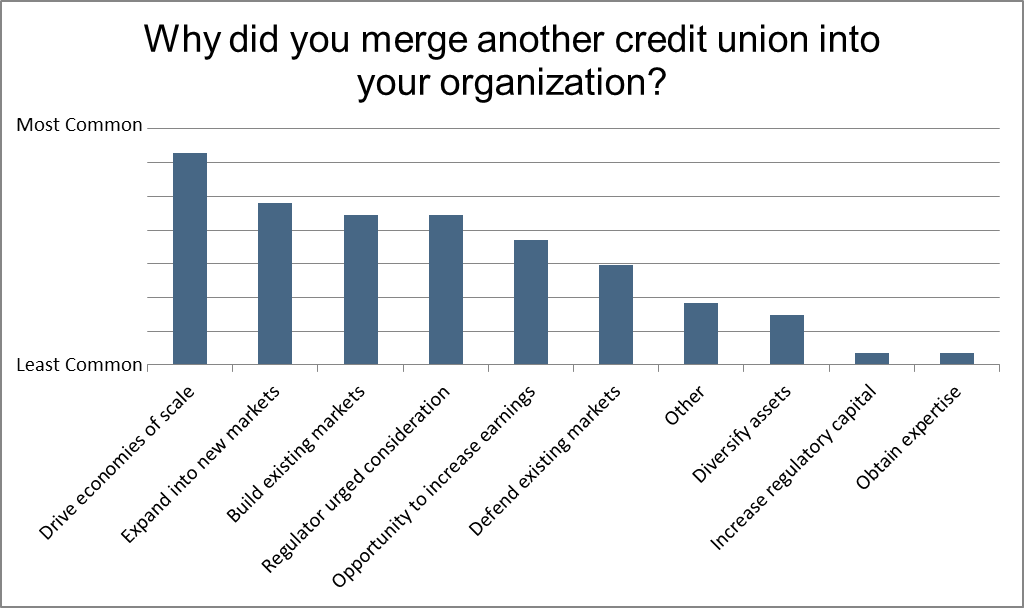 Wilary Winn has performed over 250 merger engagements since 2009, ranging in sizes from as small as $2M to as large as $1B in total assets. We note that all valuation work is performed on the acquired institution. 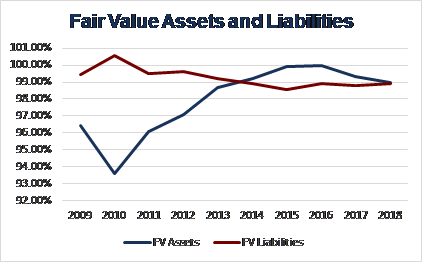 Wilary Winn includes both a mark to market discount rate difference and a lifetime credit loss estimate in our loan valuations. The graph below shows the inverse relationship between our lifetime credit loss mark and the overall fair value of the loan portfolio. As loan portfolios recovered from the large losses incurred subsequent to the financial crisis, our fair value marks have increased. Conversely, the rising interest rate environment over the previous few years has increased the discount rate difference in our valuations, as reflected in the decreased fair value since 2016. 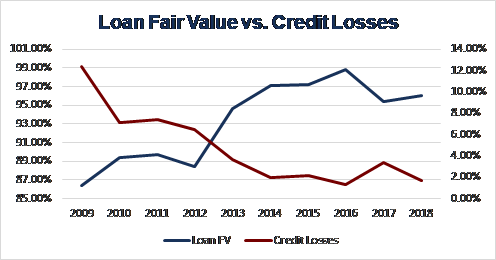 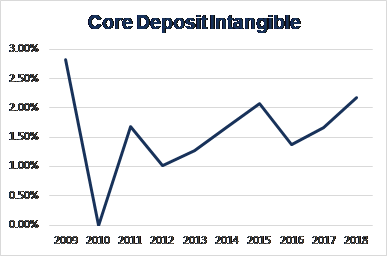 The chart below shows the fair value of the equity acquired in merger as a percentage of book equity for all merger transactions performed by Wilary Winn since 2009. Similar to the fair value of assets, the fair value of the equity acquired has increased significantly over the period shown and is currently slightly above par. Wilary Winn notes that premiums paid for credit unions tend to be lower than bank premiums seen in the market. We attribute this to bank shareholders’ direct access to earnings in the form of share prices and direct dividends, whereas credit unions typically pay out excess earnings to members in services, lower loan rates, and higher deposit rates over time. 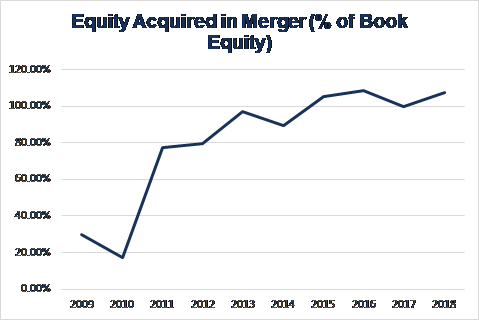 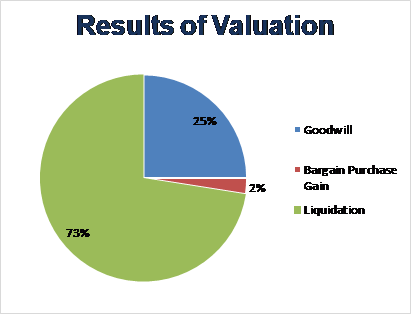 If you are considering a merger, please contact contact us for more information regarding our merger valuation services.